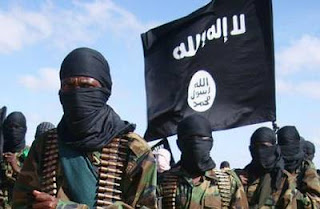 
Jamaat Ansar Al-Din is a local independent Islamist group that demands for the implementation of the Islamic Sharia, and it expressed a while ago its preparation and acceptance of the proposed mediations to find a peaceful negotiable solution for the conflict, through the Burkinabe mediator (mediator of the Economic Community of West African States) and the Algerian mediation, despite of that the temporary authorities in Mali initiated the repeated request of foreign military interference as a solution of the long conflict since the sixties of the past century, and which several agreements were signed with the sons of the region, and in every time these agreements are invalidated by the successive governments of Bamako.

And we see that as result of these actions of the temporary authorities in Mali, and its efforts to ignite a ferocious war in the region, and its involving of other parties in it, which doesn’t serve the interest of Mali itself, or the neighboring countries and threatens the regional stability and therefore it exposes all parties in the region to sufferings and widening the circle of war and no can isolate itself from its flames and being burned by it.

The France demarche and its intense campaign to interfere will only make it gain more hatred of the region’s peoples and being hostile to it more than any time before even during the period of Sarkozy and we consider the motive is greed in exploiting the underground resources and riches of the region.

Once again we reassure our commitment to the peaceful solution and our preparation to negotiate through the mediation of Algeria and Burkina Faso and we also welcome everyone who has peaceful endeavors that contribute in finding a negotiable solution.