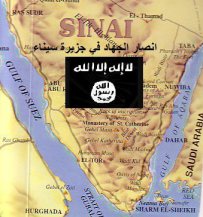 From The MEMRI Jihad And Terrorism Threat Monitor: On Twitter, Jihadists Call For Major Terror Attacks Against France In Response To Publication Of Muhammad Comic Book

On January 2, 2012, via Twitter, jihadists debated the issue of the appropriate response to a comic book biography of the Prophet Muhammad published this week by the French satirical weekly Charlie Hebdo.

The suggestions included: killing France's ambassadors, just as the "manly" Libyan fighters killed the U.S. ambassador in Benghazi; carrying out operations similar to 9/11, London's July 7, 2005 bombings, and Madrid's March 11, 2004 bombings, because only attacks of this kind would deter and defeat the "crusaders"; carrying out assassinations; conducting suicide bombings outside the French Information Ministry building; and holding demonstrations outside French embassies, especially in Egypt, because it has [allegedly] been proven that the Egyptian public can sway the entire Arab public.

It was also suggested that Al-Qaeda in the Islamic Maghreb (AQIM) kill the hostages it is holding, and that anyone who can kill a French national do so without hesitation.

One participant in the debate proposed that condemnations be issued and that a film be produced in which infidels play the role of the Prophet's Companions, in order to show the world that Muslims are not fundamentalists.